About Our Church History 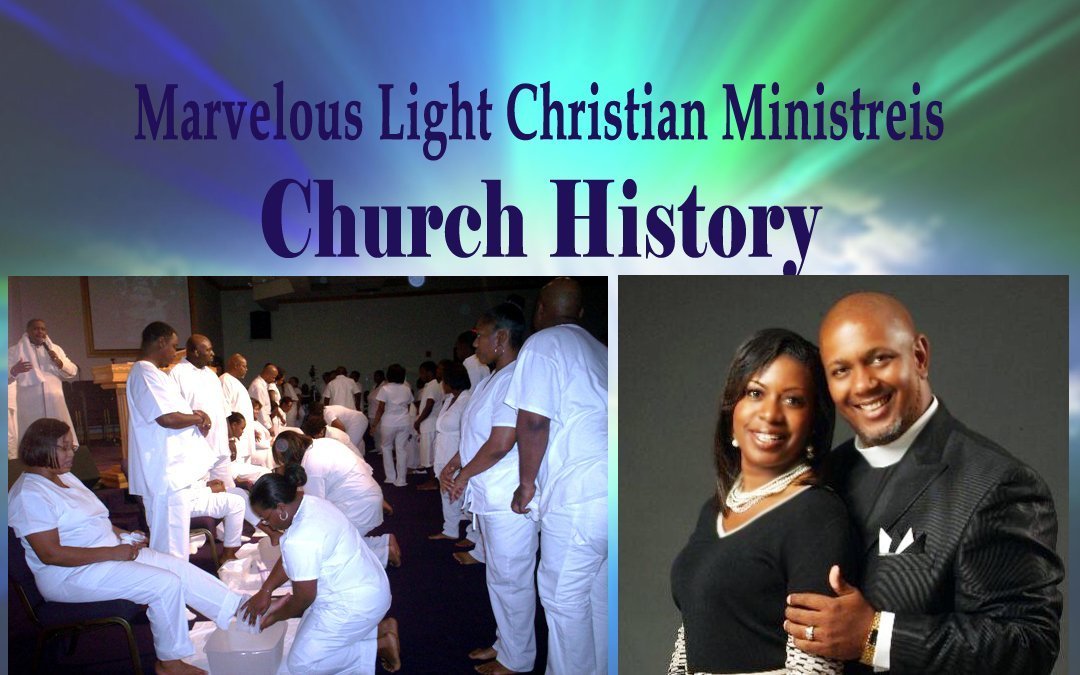 The morning of April 21, 2002, Pastor James E. Chandler, Sr. founded and organized The Marvelous Light Christian Ministries, Inc. at The Alexander High School Auditorium, located at 6500 Alexander Parkway in Douglasville, Georgia. The ministry began with corporate prayer at 9:30 a.m., followed by worship at 10:00 a.m. The Lord declared favor over this ministry and at approximately 12:00 p.m. that afternoon, a little over two hundred (200) men, women, boys, and girls became charter members of this great church.

The membership of Marvelous Light began working right away. Off site office space was secured at 6955 Oakridge Parkway in Austell, Georgia where the ministry met during the week to develop and plan its course for ministry. Within the first month there were twenty-five ministries formed under six departments: The Worship Department, The Service Department, The Mission & Outreach Department, The Discipleship Department, The Youth & Children’s Department, The Christian Education Department. The mission and description of each ministry was described and presented to the entire church family through a six-week ‘New Membership Training Manual’ which also included a copy of the churches Articles of Incorporation and Constitution. Marvelous Light was well organized, well staffed, and well on it’s way to effectively impacting the community for the Kingdom of God. There were many local Pastors and churches who supported, prayed, and ministered to MLCM during the birthing and developing period. Pastor Ben Lang and the Cornerstone offered the use of their church for evening worship, baptismal services, funerals and weddings. Pastor Chandler baptized the first candidate for baptism on Sunday – June 2, 2002 and by the end of that same year, MLCM had taken in 84 new members of which 29 were baptized in the name of the Lord Jesus. There were many accomplishments in the first year: A New Beginning Celebration, Church Picnic, launching of an interactive web site, licensing of ministers, banquets, revivals, conferences, and so much more. The greatest blessing came just two months into the new year: on February 5, 2003 the Lord blessed MLCM to purchase 5.5 acres of land and a metal frame building located at 2160 Lee Rd. in Lithia Springs, Georgia. This was our new home. In preparation for the move to our new location, MLCM continued to grow numerically, financially, and spiritually. On April 20, 2003 we celebrated our 1st Year anniversary on the property of our new land with an outdoor Easter Sunrise service under a tent. Over two hundred members showed up for the 6:00 a.m. service and before we began the worship service we walked the entire property praying, praising, and giving the Lord thanks for all He had done. Construction began in August of 2003 and on November 2, 2003 we moved into our new building. Pastor & First Lady Chandler led a police escorted caravan from Alexander High school to the new site. The entire day was offered to the Lord with four various worship services and several hundred guest and friends in attendance. The 2003 calendar year ended with a powerful ‘Watch-Night Service’ and Pastor Chandler shared with the church body that we had now grown to over 800-members strong! It has been declared and decreed into Marvelous Light that 2004 is the Year of Increase and we are already witnessing the bountiful blessings of the Lord upon this great church! The Bible says, “The Lord shall increase you more and more, you and your children” (Psalms 115:14.) We firmly believe that all things are possible through the Lord Jesus and we’re standing as a Body of Believers in the season of total prosperity. Today, the membership has grown to over 900 disciples and this is still just the beginning. We know that what’s before us is immensely better than what’s behind us. To God be the glory!